Back to the History page 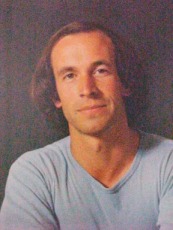 Aikido North was started by Steve Atkinson Sensei who began teaching in Anchorage, Alaska in 1982 in a High School gym. The following is an interview with Atkinson Sensei where he answers questions about "the old days."

Note This interview occurred in February of 2000 and was conducted by Derek Hedstrom through email with Atkinson Sensei in Nevada.

DH - What is your Aikido lineage?

Atkinson Sensei - I received my formative training in aikido from Sensei Frank Doran. Doran Sensei received his first instruction in aikido from Sensei Robert Tann while serving as a hand-to-hand combat D.I. (Drill Instructor) at the Marine Corps Recruit Depot in San Diego. Tann Sensei (also serving at that time as a Drill Instructor in hand-to-hand) received his shodan in Hawaii from Koichi Tohei Sensei, and another student of Tohei Sensei’s. Tokuji Hirata Sensei, (a san dan or yon dan at that time) joined him in San Diego soon after Tann Sensei began teaching formal classes around 1958 - 1959. Doran Sensei trained with these instructors for three years. Shortly after receiving his shodan in 1962, and very intent on training with the now-legendary Tohei Sensei, he went to Japan to train at Hombu Dojo. Tohei Sensei was then Chief Instructor at Hombu dojo. Tohei Sensei was also the instructor who introduced aikido to the United States in Hawaii in 1953. Although tremendously influential in the genesis of Doran Sensei’s aikido, Tohei Sensei was, as Doran Sensei now relates his Hombu dojo experience, one of many excellent instructors with whom he trained. Returning to the question of lineage, as an uchi deshi, Tohei Sensei received his training directly from O-Sensei.

DH - When did you start Aikido?

Atkinson Sensei - January 4th, 1974. I had watched a class at Stanford being taught by Doran Sensei just the day before. He could have been teaching volleyball and I would have signed up. His teaching style was thorough, articulate, and his technique, simply awesome - a carry over from his days as a Drill Instructor, when he had roughly 12 days to prepare young Marines for combat. "We would generally teach three recruit classes a day, approximately 300 recruits at a time. Training was very severe, brutal would probably be a better word." I should clarify that I saw nothing brutal in Doran Sensei’s technique or demeanor. Credible? Yes. Brutal? Absolutely not.

At that time, Doran Sensei taught at the Stanford Aikido Club, in the evenings at Woodside High School, and on the weekends at Aikido of San Francisco in partnership with Sensei Bill Witt and Sensei Bob Nadeau. Because he was so accessible, for the first year and a half of my aikido training , I trained on an average of twice a day, six days a week. In the fall of 1975, I went to Japan to train, beginning in Shingu with Hikitsuchi Sensei, ju dan, and then in Iwama with Saito Sensei, hachi dan. I returned four months later, and began a masters program while living in Berkeley. I trained primarily with Henry Yee Sensei and occasionally with Bruce Klickstein Sensei. In 1977, I had the great honor of serving as best man at Doran Sensei’s wedding at Stanford. There is no one outside of my immediate family that has had a greater influence on my life, or that I hold in higher esteem. 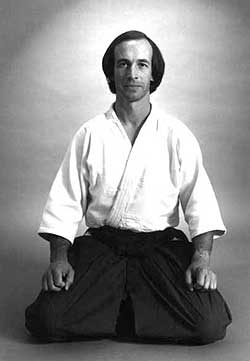 Atkinson Sensei - Glenn (now Gwen) Kennedy, a friend and former student from my first dojo, the Gallup (New Mexico) Aikido Club, arrived in Anchorage a few months after I did, which was May 14, 1980. I’d left Gallup because, after a year of work there right out of grad school, federal funding for my Water Resource Planner’s job had dried up. Fortunately, while in Gallup, I also met Mike Kaminski, who had worked for Williams Brother’s Engineering on the Trans Alaska Pipeline. On my 30th birthday Mike offered me a job based in Anchorage. I was there 12 days later.

DH - When and how was Aikido North founded? Any good stories about Koshiyama Sensei?

Atkinson Sensei - My work required that I be in town for about two weeks each month, then on the road between Prudhoe and Northway, driving a total of 1200 miles to gather data on permafrost from 110 ground-temperature monitoring stations stuck along the proposed right-of-way for a buried natural gas pipeline. When winter set in in 1980, and William’s Brothers refused to provide adequate safety equipment for this work, I landed a job with the University of Alaska, and finally had a stable, in-town work schedule. At this point, Gwen Kennedy said "You're crazy not to start teaching again."

In early 1982, I met Calvin Koshiyama one evening at dinner at Rick and Sara Mayes’ apartment. Rick and Calvin worked in the same engineering firm.

Only a short time passed after we were introduced before Rick mentioned Koshiyama Sensei’s martial arts (kendo & karate) training in Hawaii and my experience in aikido. I knew Calvin was just the type of person I wanted to involve in Aikido North, but I needed to learn more about him. After we’d worked our way through one and one half bottles of mescal, I had if not the information at least the gumption to ask if he'd be willing to help in the effort to start a dojo. He said yes, and Aikido North was born.

It's said that downing the agave worm that’s floating in the bottle brings good luck. From what has happened since that evening, as far as Aikido North is concerned, it appears the saying is true, because I think we made sure we each swallowed one worm, although in truth I’d not swear to anything that happened that night after we first shook hands.

DH - Who was involved at the beginning?

Atkinson Sensei - A small number of folks (less than 10) in addition to Calvin, including Mike Kaminski and Gwen Kennedy, attended classes in the wrestling room at East High.

Atkinson Sensei - Gwen worked for a temp service, and Calvin of course was an engineer as was Mike. The others were also all young, mid-level professionals.

DH - How did you attract the first students?

Atkinson Sensei - I put up fliers at the University, The Natural Pantry, and where I worked downtown at the Arctic Environmental Information and Data Center and across the street at the Federal Building. Once we moved to King Street, I took ads in the local TV Guide.

DH - Where was the dojo located over the years?

Atkinson Sensei - In chronological order (years at each location are approximate):

Most memorable experience: One evening in Japan where I’d gone to train in the early winter of 1975, at that time 8th dan Saito Sensei gathered me up from the communal kitchen in Iwama that I’d called home for the previous two weeks and walked me up to the dojo.
As I understand Japanese cultural norms, being alone is considered a hardship, and Sensei’s appearance in retrospect was clearly an act of compassion because, yes, I was feeling alone. I was the only gaijin in residence in Iwama at that time.
For nearly one hour, nonstop, the two of us coursed a fine and unaltering line up and down the mat doing nothing but "ki musubi no tachi," Saito Sensei nearly always in the role as uchitachi, the attacker, and me, uketachi, the defender.
Later that same night when he taught the regular evening practice, I was used as uke a number of times.
As the only foreigner I already stood out. Having a full beard and long hair, I stood out even more. And yet that night, Saito Sensei chose to use me uke, privately before class, publicly during class. It was then and remains an honor equal only to the day I stood as Doran Sensei’s Best Man.